In Kansas City last week and we didn’t encounter anyone wanting to simply click together the heels of their red shoes expecting their wishes to come true. A memorable week in a state that claims links to Dorothy’s hometown (an informal survey of gift shop shelves). 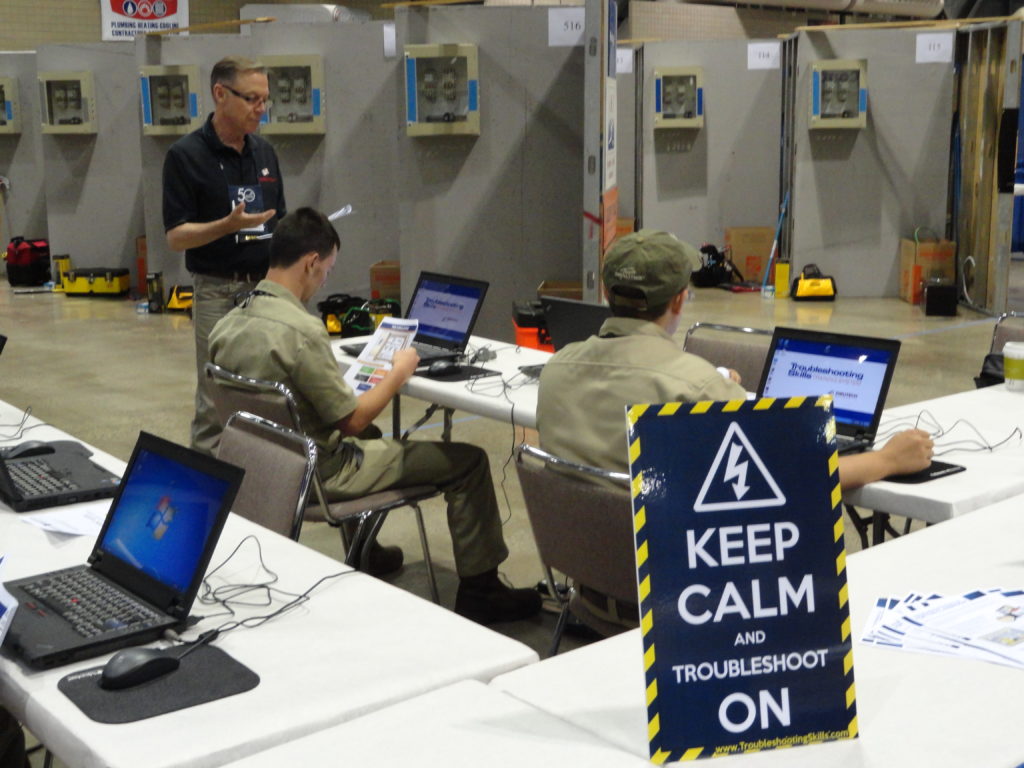 More than 6,000 motivated high school and post-secondary students gathered to compete to be crowned the national skills champs. From Electrical Construction Wiring to Mechatronics and Plumbing, the competition has doubled in recent years to almost 100 skills competitions.

The Simutech team flew in to conduct a troubleshooting exhibition for the Industrial Motor Control Competition with every intention of impressing and earning an invite back in 2015. Billed as the top 2% in their discipline, these eager students — and their inspired instructors – have tasted victory at the regional and state levels to qualify for right to compete for the national medals.

On June 25th, Students were given an overview of Simutech software and then challenged to troubleshoot four, single-problem faults in 20 minutes. Students seemed to enjoy the challenge that reinforced safe work habits and taught then to listen to their multimeters while troubleshooting. In the final day of the two-day-event, competitors tackled a six-hour project with only a brief break for lunch and a 10-minute mock job interview.

On the June 26th, Simutech CEO Warren Rhude announced the gold, silver and bronze medalists for the secondary and post-secondary contestants in the troubleshooting exhibition and all the winners earned free copies of a Simutech troubleshooting program for the schools that gave them the opportunity. A week that won’t soon be forgotten. Thanks Kansas City! Thanks students and instructors! 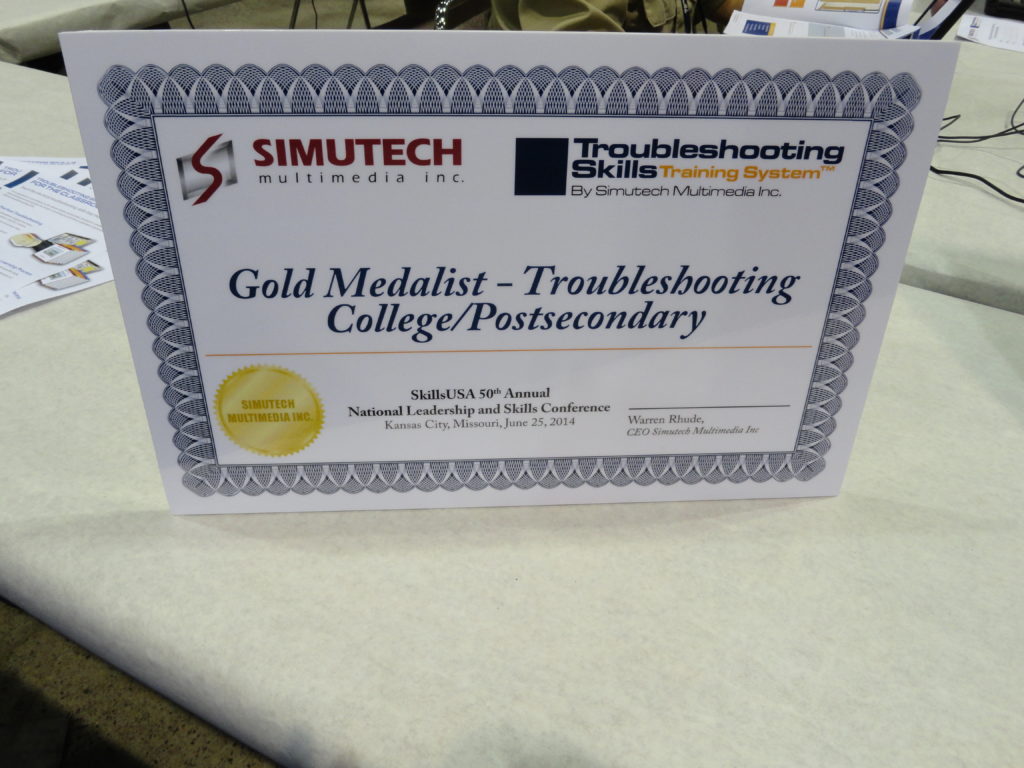 Students compete in the demonstration event at SkillsUSA

Learning the Simutech software before the start of the competition