Surgical Simulation Training: Why simulation training is the future of the medical industry 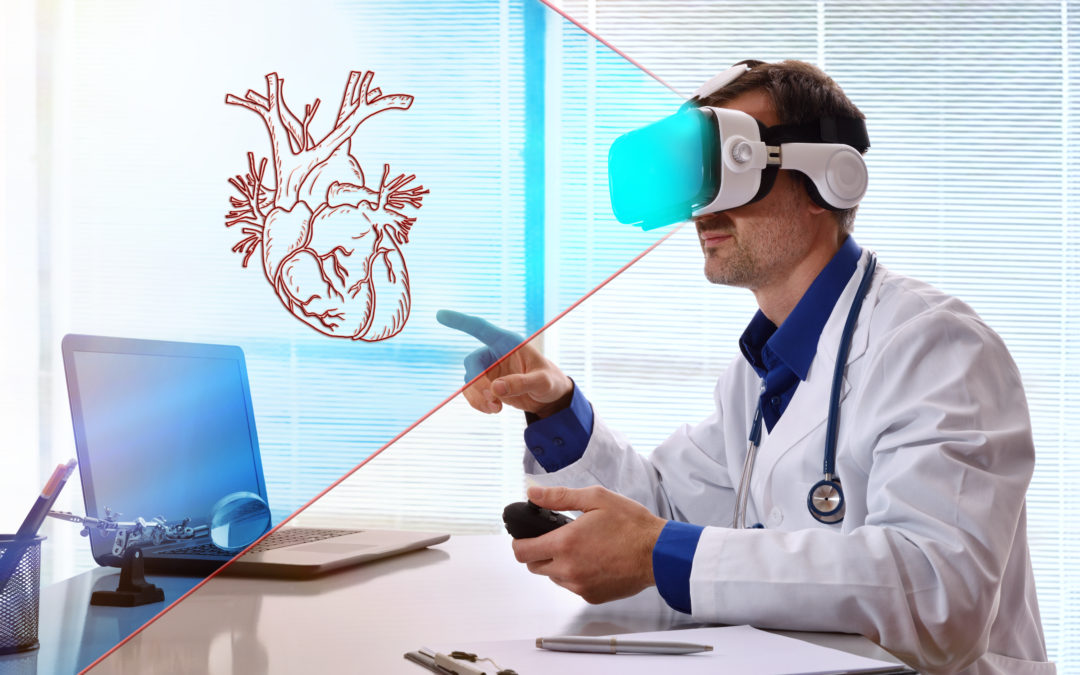 Could surgical simulation training help train the next generation of medical surgeons?

Simulation training is fast becoming the most common way to train people in professions where accurate and reliable performance is paramount. In many fields, the stakes are just too high to let novices learn from their errors. They may be a danger to themselves or others, or they may be at risk for damaging costly equipment or jeopardizing a hugely expensive project.

In past posts, we’ve looked at how NASA used simulation training to prepare the astronauts for first the lunar landing, a mission in which eight years of preparation, billions of dollars, and the astronauts’ very lives were at risk. We also saw how simulation training has been used in aviation; for example, at the beginning of World War II, to safely and efficiently train a vast number Allied air force pilots in a short time to mount a defense against the Nazis.

Another equally high-stakes field is medical care. Simulation training is already widely used to prepare medical, surgical and nursing students for the life-and-death situations they will encounter in their work. Surgery is one area where surgical simulation training is proving particularly useful.

Surgeons must be able to practice procedures a certain number of times in order to become proficient at them, and then they must keep on performing them in order to retain that expertise.

However, mandatory reduced working hours for surgeons and better-educated patients who know their rights—both good things—have had an unintended consequence: it’s becoming increasingly difficult for novice surgeons to acquire enough hours of live operating experience. Junior surgeons can no longer get their practice on live patients.

As it turns out, the operating room is not even the best place to learn surgical skills. Trainees take longer to complete an operation than experienced surgeons, meaning that they hold up ORs and reduce the overall number of surgeries that can be done, increasing costs. They also pose a lawsuit risk.

Fortunately, surgical simulation training is quickly becoming a way around this challenge.

One area where surgical simulation training is making great strides is in laparoscopic gallbladder surgery. The gallbladder, a small, pear-shaped organ in the upper right abdomen, helps the body digest fat. If a gallbladder retains gallstones, or becomes inflamed, infected, or cancerous, it is surgically removed. People generally live quite well without them. In fact, over 700,000 gallbladder removals are performed each year in the US.

Since its introduction in 1988, laparoscopic, or keyhole, surgery has become the method of choice for this procedure, over traditional, “open” surgery. A laparoscope (a long tube with a light and camera at the front), inserted through a small incision in the navel, is used to illuminate the patient’s abdomen and allow the surgeon to see inside. Several other small abdominal incisions are also made, through which operating instruments are inserted and the gallbladder eventually removed.

Laparoscopic surgery, also known as minimally invasive surgery (MIS), is great for patients because it results in faster recovery times and fewer post-op complications than open surgery. On the other hand, it’s definitely trickier for surgeons.

Laparoscopic operations, more so than open operations, are difficult to learn and master. One reason is that the instruments operate with inverted movement. The long instruments inserted through the keyhole incisions are limited in motion by the small size of the incisions. In order to move the instrument to the right, the surgeon has to move his or her hand to the left (much like in a rowboat, when you pull the handles of the oars toward you, the paddles move away from you). This is known as the “fulcrum effect,” and it makes this kind of surgery very counterintuitive. It can only be overcome by repeated practice.

There are other things that make laparoscopic surgery difficult, too, such as the unstable cameras and lighting, the awkward ergonomics, and the lack of depth perception due to the two-dimensional imaging. The learning curve for advanced laparoscopic procedures is fifty cases, even for experienced surgeons.

Simulation also provides a safe environment where students can make and learn from their errors without harming a patient. The student can learn independently without being rushed, practicing as much as needed. Because special training devices do help surgeons acquire necessary skills, many new simulation options are currently being developed and introduced into hospitals’ surgical skills labs.

So then all a surgical student has to do, after a long day of training in the hospital, is go to the lab and practice gallbladder surgery for a few more hours, right? Turns out, they don’t want to. They just don’t have the time, energy, or desire to do it.

Researchers found that even when given free, unlimited access to a virtual reality simulator, surgical residents were not motivated to use it, 86% of them citing “lack of time due to high working pressure” as the main reason.

That’s why university researchers, entrepreneurs and programmers in the Netherlands teamed up to develop a video game that trains surgical skills for laparoscopic gallbladder surgery, but is actually fun to play. Best of all, it has nothing to do with gallbladders!

Or so it appears. At first glance, the game, called Underground, does not involve surgery at all. Knowing that surgical students need a break from the OR, the game designers removed all medical context from the game, but used the guidelines for laparoscopic surgery to create their game design rules.

Underground is set on a distant planet, where a little girl is trying to rescue her lost robots trapped in a deep mineshaft. The player has to collect scrap metal, smelt it and create scaffolds to get the characters out of the shaft, all the while on the lookout in case dangerous slug-creatures attack.

The underground mineshaft is a dark, three-dimensional world that mimics the abdomen. The player uses a custom-made “laparoscopic controller” to manipulate two animated robot arms similar to the instruments used in the surgery. The arms each have different tools, e.g., for drilling, holding, and pinching—to train both the active and passive hands of the surgeon. The game presents many activities that require moving the controls in an inverse way, and some that train the surgeon to use the correct speed (in one activity, for example, the player must move very slowly, or the orb he or she is trying to capture simply disappears).

The creators of Underground say their game is the evolution of “serious games”—computer games designed to teach or train specific skills—because it goes beyond their “lame” graphics and “academic” language. It’s actually enjoyable. They claim that this is the direction in which all video games are headed—before long, the point of every video game will be to teach something useful in a fun way.

Here’s a quick preview of simulation training in action:

Surgical Simulation Training is the Future of the Medical Field

There is no doubt that simulation-based training is the future of surgery, and any other field where errors have serious consequences. In the sky, in space, in the OR, or on the production line, simulation-based training gives people a safe place to learn specialized skills, and to learn from their mistakes, without the risk to themselves or others.