Simulation for training: How NASA leveraged simulation learning to win the space race 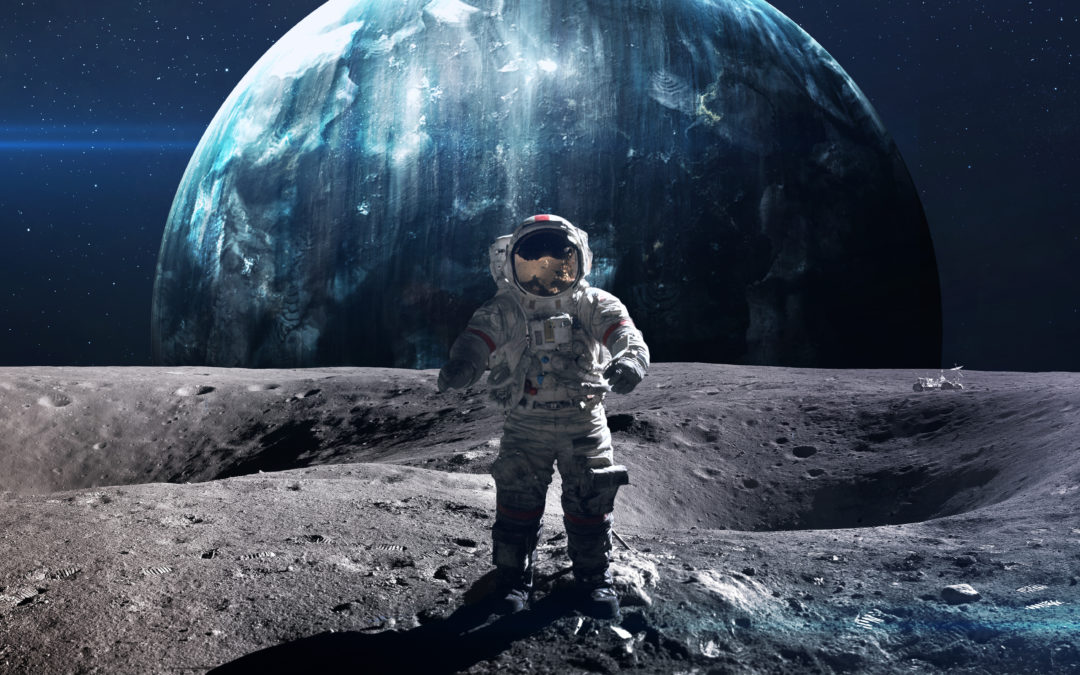 The Race for Space

Back in 1961, the Cold War was in full swing and so was the Space Race between Russia and the US. The two superpowers were vying for technological superiority in arms, but also in spaceflight capability. That year, Russia sent the first human into space—astronaut Yuri Gagarin.

Not to be outdone, the US set itself the lofty goal of putting a man on the moon—a dream that would be realized in the Apollo 11 mission eight years later.

Such a mission would be the first of its kind, and, like the European explorers set off for the New World, NASA faced a host of utter unknowns. Would it be possible to land a spacecraft on the moon? Was the surface firm, or would the craft sink deep into dust? How would the reduced gravity on the moon (one-sixth of that on Earth) affect the astronauts? How would it affect their control of the ship?

In order to minimize the risks as much as possible, NASA launched an intensive program using simulation for training astronauts Neil Armstrong, Buzz Aldrin, and Michael Collins in every aspect of the carefully planned moon landing mission. NASA planned for every eventuality they could imagine, and trained the astronauts painstakingly in every aspect of the mission even down to the smallest details. Any mistakes could be fatal to the men and devastating to the mission.

First and foremost, they had to practice landing the Lunar Module, the Eagle (a smaller craft designed to take Armstrong and Aldrin from the larger Command Module down to the surface of the moon).

The landing of the Eagle on the moon was the most critical phase of the mission. Such a landing had never been attempted; no one knew what the surface would be like. In the real-life mission, there would only be enough fuel for one landing attempt, so Neil Armstrong, a former test pilot who would be landing the Eagle, absolutely had to get it right the first time.

Much of the training for the landing happened at the Lunar Landing Research Facility (LLRF) at NASA’s Langley Research Center in Hampton, Virginia. NASA created the Lunar Excursion Module Simulator (LEMS), and, to help simulate the landing flight conditions, and built a massive structure known as a gantry (similar to a huge scaffolding), from which the LEMS was suspended, with simulated craters on the ground beneath.

An additional simulator, the Lunar Landing Training Vehicle (LLTV), used a turbojet engine and was controlled by servos connected to an inertial measurement unit so that it would always point vertically. The astronauts used both simulators to prepare for the critical landing of the Eagle and said that both were valuable because the LLTV provided a greater altitude at the start of the maneuver, and the LLRF had a more realistic terrain and lighting conditions.

Yet a third simulator, the Lunar Orbit and Landing Approach (LOLA) simulator, studied the pilots’ ability to control the Eagle after it separated from the Command Module and reached desired landing area.

All of that preparation—the years of practice and the vast sums of money spent—paid off when Armstrong landed the Eagle safely on the first attempt, and spoke the unforgettable phrase, “The Eagle has landed!”

That landing may have been the most important thing to get right, but it was by no means the only activity for which NASA used simulation for training. In fact, nothing was left to chance.

For instance, NASA built a gigantic metal vacuum cell to test the environmental control system that would provide a habitable environment for the astronauts.

To simulate the reduced gravity the astronauts would experience on the moon, the men were trained in a Reduced Gravity Walking Simulator, in which they were suspended by cables to a horizontal posture and walked along a wall.

No detail was too small. NASA had the astronauts practice climbing back up the Eagle’s ladder in their bulky space suits, picking up rocks off of the ground with tongs and scoops, and planting the American flag. Armstrong even rehearsed the first words that would ever be spoken from the moon: “One small step for [a] man; one giant leap for mankind.”

They had simulations for what to do if and when they made it back to Earth. The plan was for the capsule to land in the ocean, so they simulated it in a swimming pool so the men could practice getting out under water. The men even underwent both desert and jungle survival training in case they washed up on land before NASA could recover them.

Practising every detail in as realistic as setting as possible equipped Armstrong, Aldrin, and Collins for this dangerous mission. The astronauts returned home safely having completed their mission, and Apollo 11 went down in history as a spectacular success.

Why NASA Uses Simulation for Training

The Apollo 11 program cost $25.4 billion USD in 1973. The largest proportion of the cost was the Saturn V launch rockets (a single Saturn rocket would cost a few billion dollars today) and the spacecraft, including the command and lunar modules.

NASA used simulation to such an extent because the stakes are so high. Human lives, decades of work by hundreds of thousands of people in dozens of scientific fields, and billions of dollars’ worth of equipment hang in the balance. International space programs still use them.

Learning to do anything involves making mistakes. Simulators allow people to make their mistakes in a safe environment, so they don’t make them in space, for example, where there are no second chances.

The Stakes are High in Manufacturing, Too

The same reasoning can be applied to many areas of industry and manufacturing, where the stakes are also extremely high. Human lives and large sums of money are at risk. Manufacturing and industrial equipment is extremely costly, complex, and prone to malfunctions. It’s also powered by current strong enough to kill or seriously injure the people who try to repair them.

When machines go down, and production grinds to a halt, every second means money lost. In the auto industry, for example, downtime can cost a staggering $22K per minute.

Why Use Simulation Training in Industry and Manufacturing?

Industry 4.0 is here. The latest revolution in manufacturing has brought assembly line production to a new level. The digitization of manufacturing has birthed sophisticated, interconnected machines that communicate and share data with each other. It has produced incredible efficiencies, but that increased productivity also means that downtime is even more expensive than it used to be.

All of these complex machines require repair, and the staff that maintain them must be thoroughly trained with a reliable training system in order to fix the equipment safely, quickly, and efficiently.

Simulation training provides a safe environment for maintenance professionals to learn to work on dangerous equipment. It is both engaging and hands-on, qualities that contribute to deep learning rather than just surface learning, because it “provides learners with the observations and experiences that they must attempt to explain, assimilate and combine with their existing knowledge.”

Simutech Multimedia’s Troubleshooting Skills Training SystemTM is a solution for manufacturers who want to take a page out of NASA’s book and minimize accidents, injuries, damage to equipment, and downtime in their production lines.