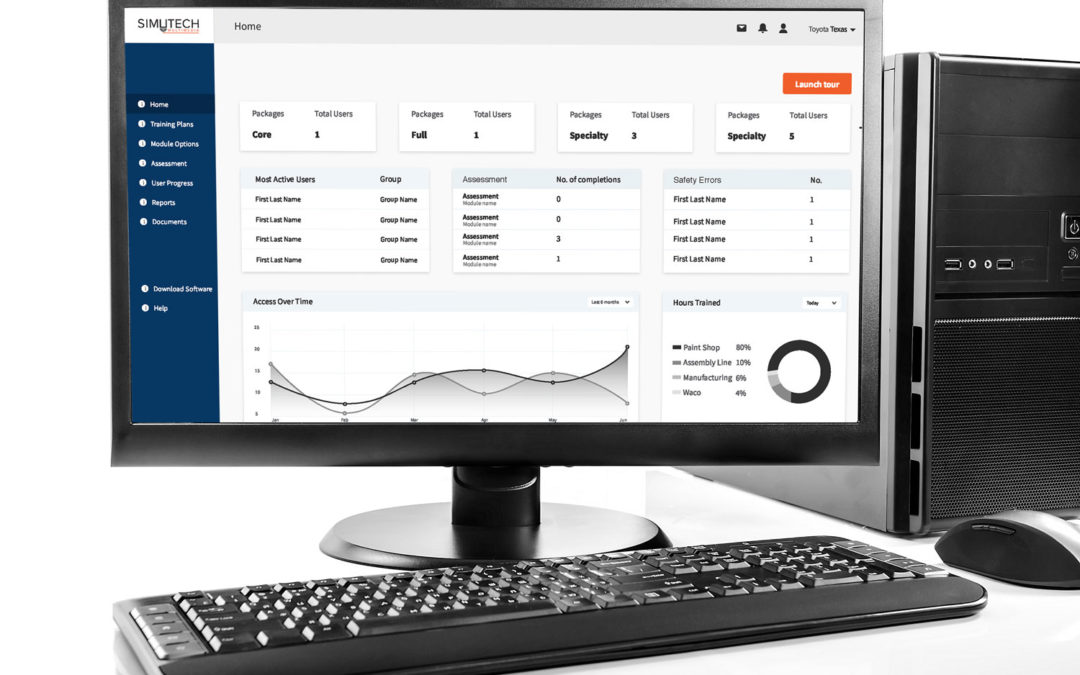 In the next year, Simutech Multimedia will be releasing a number of new simulation-based training products and features, such as the training module for PLC analog inputs and sensors as well as enhanced gamification techniques. This is enabled by the introduction of the all-new Simutech Training System.

In the webinar entitled “Get Gamified: Unveiling the All-New Simutech Training System,” Simutech Multimedia CEO Samer Forzley gave more details about the new simulation-based training products to be released in the near future.

“With all the data moving to the cloud, it is fundamentally changing how we assign you faults,” said Forzley. “The next generation of workers want everything customized, so the faults will be customized to your learning, which means if you are progressing at a fast pace, we’ll give you harder faults. But if you are struggling with certain concepts, we’ll steer you in the right direction.”

The company also will be releasing the new Admin Portal, which allows managers to see how trainees are moving through the more than 300 practice scenarios.

“One of the benefits of our software is the ability to get data on how people are performing,” said Forzley. “And with the new admin portal, we are adding more summary data and data on progress over time.”

Also coming down the line will be the new training module for variable frequency drives, which are increasingly being used in manufacturing plants for greater energy-efficiency gains. This denotes the push more manufacturers are making in their efforts to produce products more sustainably and in an environmentally-friendly way.

Furthermore, Forzley said the company plans to make all the existing training modules as well as new modules introduced available in 3D formats.

Forzley said Simutech Multimedia took a look at the latest challenges for the manufacturing industry and based its direction for the all-new Simutech Training System on the following three trends:

Simutech Multimedia used these challenges to inform the new Simutech Training System. First off, the new system would have to offer ways to quickly assess workers’ skills and onboard them faster.

“You can create a test and send it to someone even before they show up to be interviewed,” said Forzley. “And that’s a cool thing because you don’t have to spend the time to actually interview them and take time out of HR and the maintenance manager’s day.”

With the new generation of workers, younger people want a custom experience in their training, not just a one size fits all approach. They also want training to be on multiple platforms to enabling training whenever, wherever. But also, the training should be an immersive and competitive experience involving gamification elements.

And for older workers who need to gain new skills quickly in order to perform their jobs, Simutech Multimedia wants to help them deal with the Industrial Internet of Things and the Industry 4.0 revolution by training them quickly on automation.